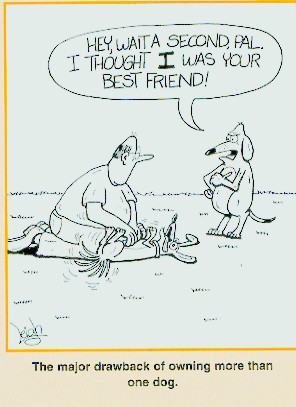 Just a minute ago, I had Max the shih-poo sitting on my lap as I was surfing the Net. I recall several years ago, when I had my second child and I'd be busy surfing the Net for Jewish genealogy (that was my interest then, pre-blogging years), and the baby would sit on my lap as I typed. Of course, she'd reach and want to press keys herself.

Max is a very inquisitive dog, and also is busy sniffing the keyboard. And I began to wonder if he should maybe not have his own dog blog.

He could call it "Max's Meet 'n Mingle".

Max has it pretty good so far. It's just over a week since he's been with us; and he just turned 6 months old a couple of days ago; so much to say, that I think he's got a long blogging career ahead of him. I mean, how many dogs do you know that have their own daily blogs? He might just have a head start in the blogging marketplace. He could have doggie-oriented ads alongside his own writing, and if his blog is off and running, he could start a group blog and call it "In the Doghouse".

Let's hear it for Max: "Two paws up"!
Posted by torontopearl at Saturday, February 04, 2006 3 comments: Links to this post