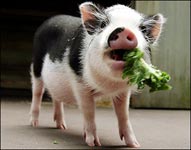 *For the sake of this post, names have been changed to protect the identity of a local Toronto fellow...

Many of you who are married or are involved in relationships might have a "buzzword" or a "secret signal" that you and your beloved share to help get you out of awkward or uncomfortable positions, or just to have as a common denominator.

My parents, for example, are represented by : "Okay, Mrs. Lilli..." That's my father's cue to my mother for them to take their leave wherever they are. I guess it's worked for 50 years!

As for my husband and I? Our buzzword is "TROTSKY?"* I will tell you the origins of that word, and let you understand when and how we use it.

Back in January 1994, about 6 weeks after we married, my husband and I took our honeymoon in St. Martin in the Dutch Caribbean. It is a jewel of an island that is half-Dutch, half-French, and small enough to drive across in a couple of short hours.

We would spend the day at the pool and beach or sightseeing, and the evenings at the casinos and walking through town, on the Dutch side, where there was a more vibrant night life.

One night, we were in the center of town when I heard my name being called. I turned around to find, Barry Trotsky*, an acquaintance from Toronto, who, although a couple years younger than me, shared some mutual friends with me. I hadn't seen him in a few years, and so we briefly caught up. Of course, I introduced him to my new husband, and he introduced me to his friend with whom he was traveling.

Now this guy is very friendly, rather animated, and talks a mile a minute. But he wasn't talking too fast for me to notice that he had some vegetable -- spinach or parsley -- stuck in his front teeth. It was so difficult for me to keep my eyes off that piece of green and listen attentively to his words. I couldn't understand why his traveling companion had not pointed out the obvious to his friend.

As Barry* went on and on about the fabulous dinner he and his buddy had just come from, I couldn't help but think "Yeah, and I can see some of that dinner even still."

If I'd have been closer friends with him, I wonder if I might've said something in a nice way, but as it stood, it was a rather awkward encounter all around, making small talk, catching up, and at the same time wanting to run away from the SPINACH MONSTER.

Finally we parted company, and after several steps my husband and I turned to each other and just burst out laughing and talking at once, "What's with that guy? Didn't his friend think to tell him about the green? How awkward was that!"

We deliberated if I should've said something, too, and to this day I sort of wonder about that -- 'cause the situation was and would've been somewhat awkward no matter how you sliced it.

But since that day, whenever TorontoPearl's husband and I finish a meal, and especially if we're in a public place, we turn to each other with big toothy smiles and simultaneously ask, "TROTSKY?" (ie. anything stuck in my teeth?)

Posted by torontopearl at Tuesday, July 04, 2006 3 comments: Links to this post

* I was advised to post this on my blog. When Hollywood talks, you listen!

The Shabbos Goy by Joe Velarde

Snow came early in the winter of 1933 when our extended Cuban family moved into the Williamsburg section of Brooklyn. I was ten years old. We were the first Spanish speakers to arrive, yet we fit more or less easily into that crowded, multicultural neighborhood. Soon we began learning a little Italian, a few Greek and Polish words, lots of Yiddish and some heavily accented English.

I first heard the expression Shabbos is falling when Mr. Rosenthal refused to open the door of his dry goods store on Bedford Avenue. My mother had sent me with a dime to buy a pair of black socks for my father. In those days, men wore mostly black and Navy blue. Brown and gray were somehow special and cost more. Mr. Rosenthal stood inside the locked door, arms folded, glaring at me through the thick glass while a heavy snow and darkness began to fall on a Friday evening. "We're closed already," Mr. Rosenthal had said, shaking his head. "Can't you see that Shabbos is falling? Don't be a nudnik! Go home." I could feel the cold wetness covering my head and thought that Shabbos was the Jewish word for snow.

My misperception of Shabbos didn't last long, however, as the area's dominant culture soon became apparent; Gentiles were the minority. From then on, as Shabbos fell with its mutable regularity and Jewish lore took over the life of the neighborhood, I came to realize that so many human activities, ordinarily mundane at any other time, ceased, and a palpable silence, a pleasant tranquillity, fell over all of us. It was then that a family with an urgent need would dispatch a youngster to "Get the Spanish boy, and hurry!"

That was me. In time, I stopped being nameless and became Yussel, sometimes Yuss or Yusseleh. And so began my life as a Shabbos Goy, voluntarily doing chores for my neighbors on Friday nights and Saturdays: lighting stoves, running errands, getting a prescription for an old tante, stoking coal furnaces, putting lights on or out, clearing snow and ice from slippery sidewalks and stoops. Doing just about anything that was forbidden to the devout by their religious code.

Friday afternoons were special. I'd walk home from school assailed by the rich aroma emanating from Jewish kitchens preparing that evening's special menu. By now, I had developed a list of steady clients, Jewish families who depended on me. Furnaces, in particular, demanded frequent tending during Brooklyn's many freezing winters. I shudder remembering brutally cold winds blowing off the East River. Anticipation ran high as I thought of the warm home-baked treats I'd bring home that night after my Shabbos rounds were over. Thanks to me, my entire family had become Jewish pastry junkies. Moi? I'm still addicted to checkerboard cake, halvah and Egg Creams (made only with Fox's Ubet chocolate syrup).

I remember as if it were yesterday how I discovered that Jews were the smartest people in the world. You see, in our Cuban household we all loved the ends of bread loaves and, to keep peace, my father always decided who would get them. One harsh winter night I was rewarded for my Shabbos ministrations with a loaf of warm challah (we pronounced it "holly") and I knew I was witnessing genius! Who else could have invented a bread that had wonderfully crusted ends all over it -- enough for everyone in a large family?

There was an "International" aspect to my teen years in Williamsburg. The Sternberg family had two sons who had fought with the Abraham Lincoln Brigade in Spain. Whenever we kids could get their attention, they'd spellbind us with tales of hazardous adventures in the Spanish Civil War. These twenty-something war veterans also introduced us to a novel way of thinking, one that embraced such humane ideas as From each according to his means and to each according to his needs. In retrospect, this innocent exposure to a different philosophy was the starting point of a journey that would also incorporate the concept of Tzedakah in my personal guide to the world.

In what historians would later call The Great Depression, a nickel was a lot of mazuma and its economic power could buy a brand new Spaldeen,our local name for the pink-colored rubber ball then produced by the Spalding Company. The famous Spaldeen was central to our endless street games: stick ball and punchball or the simpler stoopball. On balmy summer evenings our youthful fantasies converted South Tenth Street into Ebbets Field with the Dodgers' Dolph Camilli swinging a broom handle at a viciously curving Spaldeen thrown by the Giant's great lefty, Carl Hubbell. We really thought it curved, I swear.

Our neighbors, magically transformed into spectators kibitzing from their brownstone stoops and windows, were treated to a unique version of major league baseball. My tenure as the resident Shabbos Goy came to an abrupt end after Pearl Harbor Day, December 7, 1941. I withdrew from Brooklyn College the following day and joined the U.S. Army. In June of 1944, the Army Air Corps shipped me home after flying sixty combat missions over Italy and the Balkans. I was overwhelmed to find that several of my Jewish friends and neighbors had set a place for me at their supper tables every Shabbos throughout my absence, including me in their prayers. What mitzvoth! My homecoming was highlighted by wonderful invitations to dinner. Can you imagine the effect after twenty-two months of Army field rations?

As my post-World War II life developed, the nature of the association I'd had with Jewish families during my formative years became clearer. I had learned the meaning of friendship, of loyalty, and of honor and respect. I discovered obedience without subservience. And caring about all living things had become as natural as breathing. The worth of a strong work ethic and of purposeful dedication was manifest. Love of learning blossomed and I began to set higher standards for my developing skills, and loftier goals for future activities and dreams. Mind, none of this was the result of any sort of formal instruction; my yeshiva had been the neighborhood. I learned these things,absorbed them actually says it better, by association and role modeling, by pursuing curious inquiry, and by what educators called "incidental learning" in the crucible that was pre-World War II Williamsburg. It seems many of life's most elemental lessons are learned this way.

While my parents' Cuban home sheltered me with warm, intimate affection and provided for my well-being and self esteem, the group of Jewish families I came to know and help in the Williamsburg of the 1930s was a surrogate tribe that abetted my teenage rite of passage to adulthood. One might even say we had experienced a special kind of Bar Mitzvah. I couldn't explain then the concept of tikkun olam, but I realized as I matured how well I had been oriented by the Jewish experience to live it and to apply it. What a truly uplifting outlook on life it is to be genuinely motivated "to repair the world."

In these twilight years when my good wife is occasionally told "Your husband is a funny man," I'm aware that my humor has its roots in the shticks of Second Avenue Yiddish Theater, entertainers at Catskill summer resorts, and their many imitators. And, when I argue issues of human or civil rights and am cautioned about showing too much zeal, I recall how chutzpah first flourished on Williamsburg sidewalks, competing for filberts (hazelnuts) with tough kids wearing payess and yarmulkes. Along the way I played chess and one-wall handball, learned to fence, listened to Rimsky-Korsakov, ate roasted chestnuts, read Maimonides and studied Saul Alinsky. I am ever grateful for having had the opportunity to be a Shabbos Goy.

Aleichem sholom
Posted by torontopearl at Tuesday, July 04, 2006 2 comments: Links to this post