Hey, Mel, Any Chance You're Out There Reading This?

"I have worked with some of the most talented producers, directors and actors in Hollywood. I would trade every one of them to work with Mel Brooks. Sigh." 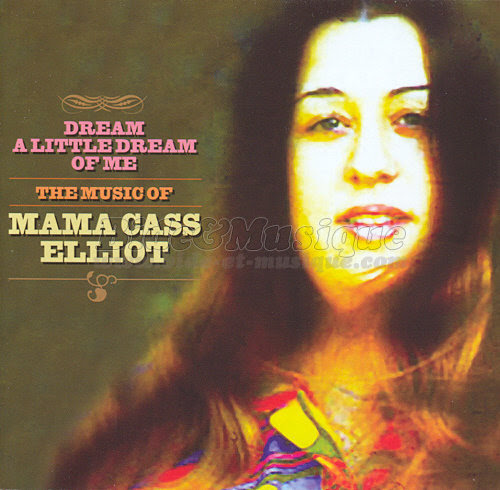 I was born in 1961, and from an early age, I was into music. It would be primarily the songs and singer of the late sixties that left early impressions. (okay, aside from "Hello, Dolly", which I loved and sang when I was about five years old)

Because my oldest son is into the classic rock of the sixties and seventies, and the music is heard throughout the house and car - "Put on Q107" is the oft-repeated request -- I often have flashbacks when I hear certain songs or hear the deejay make reference to songs and singers of that era.

Denny Doherty, from The Mamas and Papas, died in mid-January in a suburb just west of Toronto. I'd had no clue he lived in our vicinity, and had no clue he was Canadian-born (Halifax, Nova Scotia.) Of course, radio stations began to play the music of Denny's famous band, The Mamas and the Papas.

Around the time of Doherty's death, my son and I had to go to the library for a research book for an assignment of his. We were in the music section, and I found a "Jews in Music" book for him to sign out and peruse. But I found myself perusing the book, too.

On this musical journey through the book, I made a discovery that sort of blew my mind. Maybe you're all in the know already, and I'm just slow on the uptake, but I found out that Ellen Naomi Cohen was better known as Mama Cass Elliot. Is this news, or what?!

She stood out for me in my musical memories; this overly large woman who helped make mumus popular in the mid to late sixties, and helped make The Mamas and Papas popular, had always been a source of wonderment for me. And when she died, supposedly eating a ham sandwich while in London, I recalled that too.

Apparently, she didn't choke on a ham sandwich...and apparently Cass Elliot gave birth to a daughter in 1967, never revealing publically the name of the child's father.

There is a site that talks about Jews in music. It features a wonderful piece on Mama Cass Elliot, and Cass's daughter, Owen, maintains a website about her late mother. www.casselliot.com

Somewhere, no doubt, Mama Cass Elliot is belting out "Dream a Little Dream of Me."
Posted by torontopearl at Tuesday, February 06, 2007 8 comments: