Saturday Night at the Movies 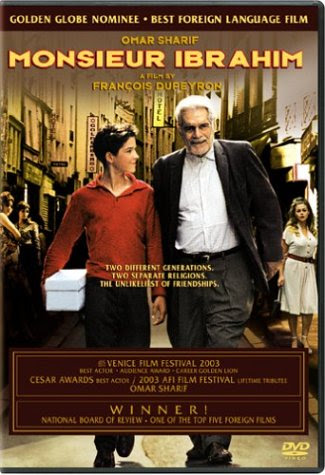 I often take movies out of the library for the family. Quite often they are foreign films, so in that case, it's usually just my husband and I who watch them.
This past Saturday night, my husband and I watched a double bill: I'd taken from the library "Monsieur Ibrahim" , a wonderful French movie from a few years ago, featuring Omar Sharif, and shortly after it was over, we watched "Bernard and Doris" on HBO.
I wouldn't say that either film was "entertaining"; I prefer to call films such as these "thinking men's movies". The plots, at times were slow...but moved thoughtfully to their ends. And at the end, we discussed the merits of the fine acting and the lives these actors portrayed.
I give these fine films 8 stars/10.
Posted by torontopearl at Monday, January 12, 2009 1 comment: