Something To Kvell About -- Part 2 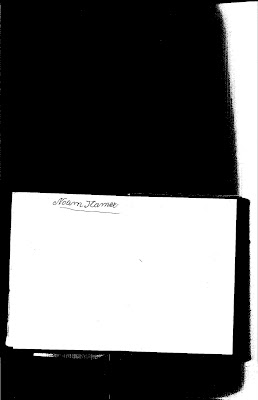 In January, I wrote about my youngest son giving his first d'var Torah for our shul's congregation after davening. It was rather impressive then, and he gained the impetus to speak again.
Noam decided he wanted to choose his future bar mitzvah parsha, Parsat Vayikra, which was read yesterday in shuls worldwide.
Very diligently, he worked on his words of wisdom, pulling out THE LITTLE MIDRASH SAYS to guide him. Late in the week he came and read to me what he'd written. Wow, he had sat and found important things to say without my husband or I giving him guidance.
I'd invited my mother to come and be with us for Shabbos so that she could witness her youngest grandson up on the bimah, giving his "drash".
The rabbi introduced him as "nine-year-old Noam Saban, currently a student in grade 3, who, in 4 years will be celebrating his bar mitzvah with us, and will now give us a taste of his parsha Vayikra."
This boy managed to impress us all; I didn't feel right accepting "yasher koach's" for the fruits of his labor, as I truly had nothing to do with it.
To top off the afternoon, at the lunch table, my mother pulled out a gift she'd brought for Noam. It wasn't a newly bought gift, but rather one of my father's small siddurim. (prayer books) I took it from her and she told me to open it up; on the flyleaf, in my father's handwriting it said "Noam Itamar". It was as if this book would have been meant for him! And how a propos with his giving this d'var Torah that day, a reflection of what he will G-d willing speak about in four years, it was like a bar mitzvah gift meant for this little boy.
I was in awe, as we all were around the table. Even Noam stared at the book, picked it up gently, kissed it and leafed through the pages, announcing the tefillot he was finding.
My mother said this wasn't the siddur that my dad used on a regular basis, but one she thinks he traveled with, when they did travel (which was very infrequent the past 8 or 9 years). None of the other siddurim or Tehillim that my father used have any of the other five grandchildren's names written in it. This is the only one, and she thinks that perhaps when Noam was born, his Zaidy wrote his name in the book...perhaps for him to have one day.
It was very moving for us to witness Noam receiving this precious gift, for us to witness that he recognized the true value and meaning behind this special gift (highly noticeable in his look of awe as he stroked the book and kissed it) and for how fitting yesterday's Shabbos was for him to receive it.
Posted by torontopearl at Sunday, March 29, 2009 3 comments:

Although Henri Matisse was nearly 28 years younger than Auguste Renoir, the two great artists were dear friends and frequent companions. When Renoir was confined to his home during the last decade of his life, Matisse visited him daily. Renoir, almost paralyzed by arthritis, continued to paint in spite of his infirmities. One day as Matisse watched the elder painter working in his studio, fighting torturous pain with each brush stroke, he blurted out: "Auguste, why do you continue to paint when you are in such agony?" Renoir answered simply: "The beauty remains; the pain passes."

of my father that way. Yes, he's gone, leaving behind a great void in the lives of many, namely his wife, his children, their spouses, and grandchildren.

But this man left us with a legacy: of Yiddishkeit, education, personal philosophies, wonderful memories, strength and stamina, to name but a few. Most of all, he left this world with a good -- a WONDERFUL -- name, one of the most important things a Jew can leave behind.

That is his gift. That is the beauty that remains...