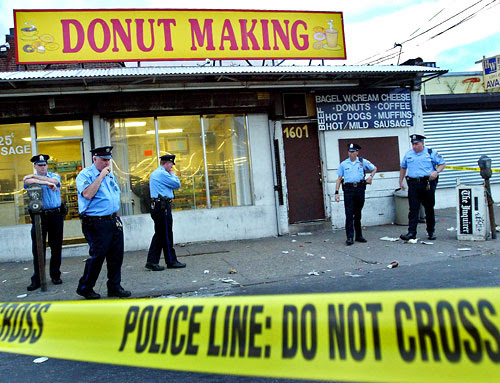 There you have it. There is no great mystery as to why Cops and donuts go hand in hand. One word of advice. When the Police Officer asks you,"Have you been drinking? Your eyes are red." Don't reply, "Have you been eating donuts? Your eyes are glazed ."
Posted by torontopearl at Monday, October 29, 2007 4 comments: