He passed away on Sunday, March 8th, 12th of Adar, and was buried a few hours later.

We began to pick up the pieces and try to carry on with our lives as best as we could. Needless to say, it's been the most difficult on my mother, who was physically and emotionally the closest to my father. He was her focal point for over 52 years, but especially for the past several years while his health deteriorated, and her days and nights revolved around him and his well-being.

With that focal point gone, the Adler home has been lonely, the routines have been dispersed.

We began to gently prod my mother in the summer to think about the unveiling and try to decide when to do it: in the summer, before the High Holidays, before the winter...? My mother kept putting off the conversation, as she was not ready to have it. A stone would make it final...too final for her, and she wasn't yet prepared.

But as the months passed by, and the seasons began to change, the topic was open to discussion once more, and we began to take the first steps: discussing when we might have the ceremony, discussing what to put on the headstone, discussing from where to order the headstone and what type of stone and design we should have.

Time. It all took time. Time to talk, time to plan, time to seek out guidance from others who might know better than us all the ins and outs of this task, time to find the right words, the right "pesukim" from holy writings that would encapsulate who my father was--as a person, as a Jew and as a family man.

With us. With our family. With our friends. With those who are able to join us in honoring my father's memory and pure goodness.

After the unveiling, I will share with you the inscription on his headstone.
Posted by torontopearl at Sunday, October 25, 2009 4 comments: 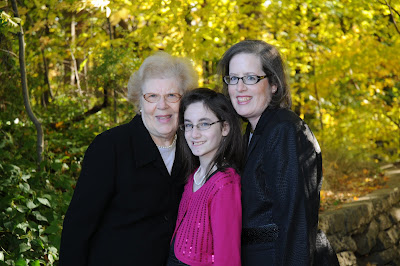 Thought for the Day

Walk to your linen closet, or to the cabinets under the sink in the bathroom. Open the door. Pull out a handful of bath towels. Look them over very carefully.

What do you see?

Are your bath towels solids? Are they prints? Or are they striped?

I was looking over at the towel rack in my ensuite and it hit me: so many of our towels have stripes. Depending on how the towel is hung, they can be either vertical or horizontal stripes.

Whereas vertical stripes have a thinning effect, horizontal stripes offer the opposite. So why the heck were beach and bath towels designed to be wrapped around one's body in such a way that the stripes are horizontal?!

Women wrap themselves in their horizontal striped towel, then drop the towel to get on the scale and check their weight. "Yay, I dropped those horizontal stripes and three pounds just fell away with them!"

Did the inventor of terry-cloth or plush velour or basic cotton towels decide that white towels were bland and boring, that color needed to be added, that stripes needed to be added to help enhance one's look, that the pruning of one's skin following a lengthy shower or bath just didn't cut it.

Do take a survey and let me know: are the majority of your bath towels striped?
Posted by torontopearl at Wednesday, October 07, 2009 5 comments: