Mark It a Favorite

On the computer, after I surf the Internet, I often take URLs that I want to remember or continually make us of, copy them and post them to my Favorites list for quick reference.

To that end, I liken Favorites to speed dial on the phone. When you need it quick, it's right there at your fingertips.

So if Favorites is my computer's speed dial , why the heck do I have listings for Toronto's main two Jewish funeral homes!?!?!?!?


(Actually I'll tell you why: it takes the place of the daily newspaper's death listings. And believe me when I say I'm not alone in reading the listings. Apparently, doing so daily is quite common in the Jewish community and perhaps in the community at large.)
Posted by torontopearl at Thursday, January 21, 2010 2 comments:

No discrimination intended on my part, but consider this reality:

Listen to the lyrics of a rap song or watch an African American sports figure/music figure/ actor on a talk show, and what is the common refrain most heard?

I guess the person is actually asking, "Do you know what I'm saying...'cause I certainly don't!"
Posted by torontopearl at Friday, January 15, 2010 2 comments:

When I was out this morning, I retrieved a message from my home phone number. At first I couldn't make out who it was 'cause I heard several voices speaking to one another. But then I singled out my husband's voice. I was waiting to hear him say something directed at me. But he didn't. Instead, I got to hear a five minute conversation (I hung up after 5 minutes; no doubt it continued) between my husband and one of his co-workers, and was just about to hear some juicy tidbit of information, when I decided I should hang up. I figured I'd speak to my husband later in the day.

I did tell him about that phone call and what I was hearing but that I never heard anything directed to me.

Not ten minutes ago, the phone rang. I saw from call display that it was my husband's cell number. Even at this late hour, he was not home from work yet, having stayed for an evening meeting. I answered hello, thinking he might be calling to say he's on his way.

Instead I heard him talking to someone else. I said hello several times, realized he couldn't hear me and hung up.

So I've come to realize after today's two phone calls from him that...

it's either his ass or his hip or his waist that's calling me.

Unwittingly, those parts of the body are striking whatever speed-dial number I am on his phone and calling me. Those anatomical parts don't necessarily want to talk to me, but they certainly like to make crank phone calls!

You know the expression "to talk out of one's ass"...? Well, today, I guess my husband did!

"Butt dialing": the name given to unintentional dialing that occurs when keys are inadvertently pressed on cell phones stowed in pants pockets or purses.
Posted by torontopearl at Wednesday, January 13, 2010 4 comments: 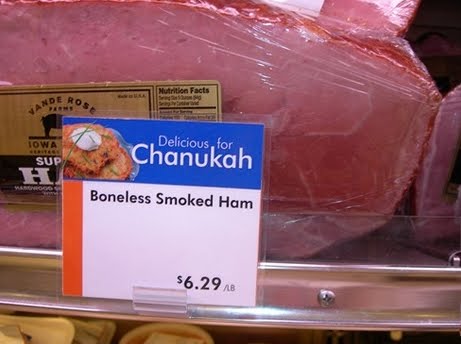 My dear father passed away on March 8, 2009. Here is a poem I've written in the past 20 minutes relating to that aspect of my life.

nestled as they were

close to my heart.

Refusing to make an appearance --

of saying too much

of revealing the gaping wounds

as tangled up as they were

With my father’s death.

A mere threehundredandsixtyfive days ago.

In a hospital bed.

With a breathing mask

to allow the chest to rise and fall

…and into the morning.

We changed the clocks.

Spring ahead / Fall back.

I watched the big hand and little hand

circle ‘round the numbers

and into the morning.

The last breath was taken.

It was gentle, it was peaceful.

A life was over.

Come Fly with Me

Okay, so by now you've all heard about the tighter control planned and already in the works for airport security. Thanks, Mr. Terrorist Wannabe, who screwed us all up by trying to blow up a plane en route from Amsterdam to Detroit. You threw a real wrench into the vacation plans of so many people over the holidays, and caused bedlam in airports around the world.

But maybe that's a good thing. We all learn from our mistakes, right? And according to international journalists, we can all learn from Israel's airport and national security measures, right?

So, people, are you prepared for those "pat-downs" (known in teen talk as "cop a feel"...or back when I was a teen that was the term) by an airport official? Are you ready for some official to see the "underworld beneath your clothing?

People are talking about the intrusion of privacy and the fine line between security and privacy. No, children will not be scanned...that could be deemed as perversion. But what about religious people who don't touch a member of the opposite sex and live within restrictions of modesty? What will they do -- they're damned either way! "Don't touch me!" might become a common refrain amidst your fellow travellers in a lineup.

And then there's talk again about what on-board luggage you can bring with you. What qualifies as too big a purse or a tote bag? People intentionally bring big carryalls aboard a plane -- these often house everything you ever wanted or needed, minus the kitchen sink, aboard a 2-hour flight or 20-hour flight.

That's just what's happening on the ground. What about the airborne restrictions  re. getting up and walking around, milling outside a bathroom, bathroom visits prior to landing, etc.? I took a long flight to Israel this summer; of course I couldn't sit still for all those hours in my seat. But then again, of course nobody can sit still on an El Al flight 'cause it's like one big block party among your fellow MOTs, several of whom you'll always know. I hung out in the galley and near the bathrooms, talking to people and just having a change of scenery.

And here's the real punch-in-the-gut fact, the tough pill to swallow in all this: no doubt, membership in the "mile-high club" will be down significantly!
Posted by torontopearl at Wednesday, January 06, 2010 No comments:

It Comes Down To This...

...I believe Dr. Robin Altman is my only blog reader...and commenter.

After five years of my blogging, it's sadly come down to this: a child psychiatrist comments on my words.

What exactly does that say about me??
Posted by torontopearl at Friday, January 01, 2010 6 comments: