Yes, I know I wrote a few posts ago how much I dislike braggers and how I try not to brag. Consider this post NOT A BRAG, but rather a CALL-OUT for your attention.

Back in September, fellow blogger Danny Miller featured on his blog a wonderful essay that he'd written and had published on Life by Me. As I'd never heard of the website, I began to peruse it, after having read his piece. And then I wondered if just anyone can write and submit an essay, or if you had to really be someone in the cultural, political, business world, so I wrote and asked for guidelines. A month later I'd written a piece, which I submitted.

Today, my piece was published on this wonderful website. It gives me the greatest pleasure to have my essay featured on this site because: of the company I'm keeping; because of the wonderful insights shared by other contributers; because they opted to use my words (very minimal editing done to them); because my essay gets to close out 2011 on LIFE BY ME. And I'd be remiss if I didn't mention that I'm so pleased to have another venue in which to briefly talk about my beloved late father, Jacob Adler.

So in essence, the fact that my essay has been published is an homage to me and to what I consider meaningful in life, and to my dad, who helped give my life some meaning.

Please take some time to peruse the website; it is wondrous and very eye-opening. There are very interesting people out there who are moved by the simplest or the most complex things in life...and have shared their thoughts with you. It is, in essence, a very inspiring website.

Here is the link to my essay. http://www.lifebyme.com/pearl-adler-saban-inspire/

Wishing you all meaningful lives and wonderful inspiration in 2012.
Posted by torontopearl at Friday, December 30, 2011 4 comments:

Labels: essay, Life by Me, published 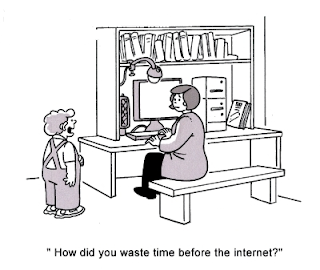 I was at a department store last week making a purchase.

As I stood at the cash to pay, the clerk looked at me briefly and asked, "Senior?"

"Today is senior's day for those 55 and over. If you're a senior you get an added discount."

I laughed, embarrassed and horrified at the same time. "I hope you don't really think I'm a senior...?"

"What if I would've said that I was a senior?"
"Well, you should be honest about it."

I think I was entitled to that extra discount just for being asked the offensive question.

I'm not ready to have that kind of SENIORity just yet!
Posted by torontopearl at Sunday, December 18, 2011 3 comments: