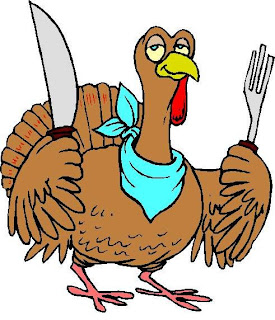 Translation: I hope my American friends, family and readers have a wonderful Thanksgiving.
Now count your many blessings and say "Amen."
Posted by torontopearl at Thursday, November 26, 2009 2 comments: 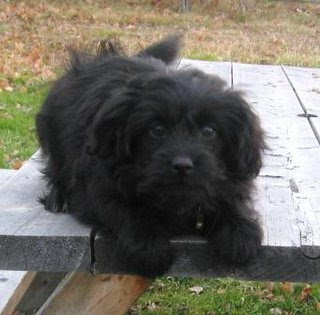 I am very slow to post pics when necessary -- it doesn't help that I don't know how to download pics from a digital camera and have to wait for my husband to do so.

For that reason, I can't yet post pics of my father's tombstone and its wording, but I can share this pasuk from Tehillim, Chapter 15, Verse 2, that I found and suggested to my brother. It received a thumb's up and appeared on the stone...very appropriate for my father because of what it says and also because he read from Tehillim daily.

הוֹלֵךְ תָּמִים, וּפֹעֵל צֶדֶק; וְדֹבֵר אֱמֶת, בִּלְבָבוֹ
He that walketh uprightly, and worketh righteousness, and speaketh truth in his heart

I go to synagogue on a regular basis. It is an Orthodox congregation, Modern Orthodox, with some less observant people thrown in for good measure. I've gotten used to that and am pleased that some people at least make an effort to come to shul, even if they are not Shomrei Shabbos.

Among the women, there are some who come infrequently, toting shoulder bags...reasonably small purses that they string on their shoulders.

Our shul is small, held in the chapel of a Jewish day school. There have been no reports of thefts or purse snatchings in the area. That being the case, please tell me why these purse-toting women cannot put their purses under their seats, or beside them on the bench. When the time comes to stand and pray, they secure their purse straps on their shoulders!

I thought it's sort of a bubby thing to do, something I'd seen in the past...when older women attend bar and bat mitzvahs or weddings and even then often sit with their purses on their laps. Okay, so maybe they think the waitstaff might snatch the purse or its contents while it's resting on the table and they're up on the dance floor doing a Hora or the foxtrot. So that's a bit more understandable.

But it truly is ridiculous for these women in shul -- and there's a 50 year old amidst the noted few -- to sling their purses on their shoulders and join the congregation in praying, especially when they have to bend forward for certain prayers. No doubt those straps slip off the shoulder.

It's not as if all their worldly goods are inside that little pouch; perhaps a house key, (or a car key for some), a breath mint, or a tissue lay in wait. Please, ladies, if you are to bring a purse to an Orthodox shul, don't display it proudly on your shoulder as you daven. You look ridiculous and fearful..

If someone is out to get you, it won't be in shul, it'll be during the kiddush following services!
Posted by torontopearl at Sunday, November 08, 2009 2 comments:

I was in the middle of a dream this a.m., just before I woke up. In the dream, I was at the Beth Jacob section of Lambton Cemetery. (where my father is buried) My mother said she didn't want to linger there, even though I wanted to "explore" the area -- I could see stone quarries way up in the distance too -- and read the headstones, and she started to lead the way out, followed by my brothers. I looked behind me and my father ( a much younger, virile version) was with us, trailing me... Then I woke up.

That dream made me sad and pensive at the same time.

We were all together -- younger versions of us -- for a brief time, and it is as if, although my father was "watching my back", he was left behind ... 'cause that's when I woke up.

Yes, he has been left behind in that cemetery in real life, just as in that dream. But contrary to the dream and the feelings it left me with, yesterday, with the unveiling, with the speeches given, with the multiple stones and blades of grass left on the headstone, with the beautiful and perfect wording on the front and rear of the headstone, and with the vast and varied crowd of people who came to honor us and honor our father's memory, I left the cemetery thinking "It's okay now. His place his marked. His murdered-by-the-Nazis family has a final resting place with him. He can now rest in true peace. Everything is truly okay."

Some other thoughts that had crossed my mind about the unveiling:

--We changed the clocks yesterday an hour back; my father died on March 8, the day we'd put our clocks ahead. I sat at my father's bedside in hospital with my brothers all through the Saturday night, watching the clock on the wall and checking my watch with its second hand, wondering that at whatever point in time my dad passes away (we knew it was a death watch), will it be deemed via "old time" or "new time."

--We randomly chose November 1 for the unveiling; November 2 was the secular date that my father's mother and sister were massacred in his hometown.

-- Last year, a week from yesterday, we held the unveiling for my mother-in-law.

I think November will forever be a memorable month for us all.
Posted by torontopearl at Monday, November 02, 2009 1 comment: